THE FUTURE OF SAS SOMERSET 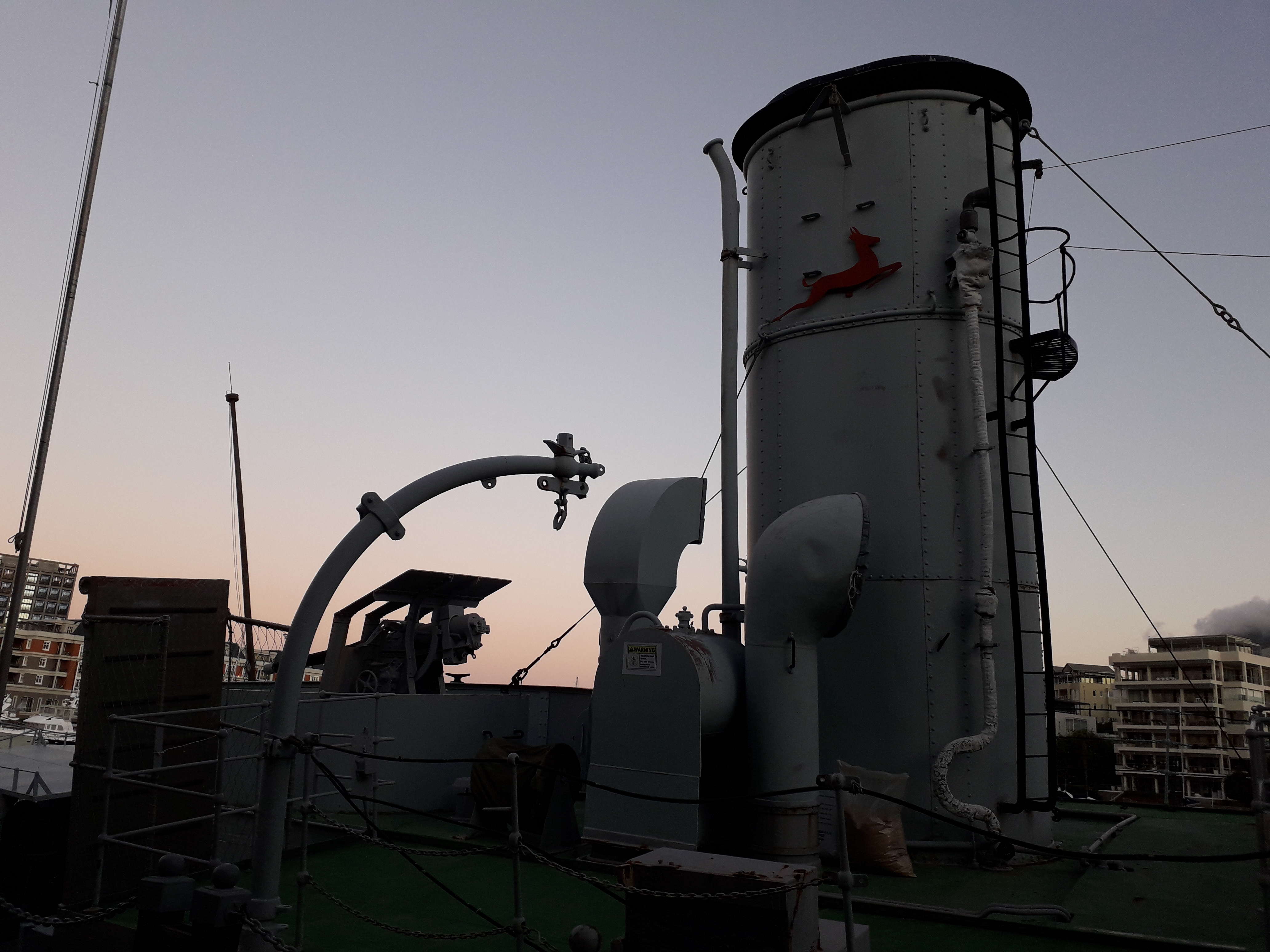 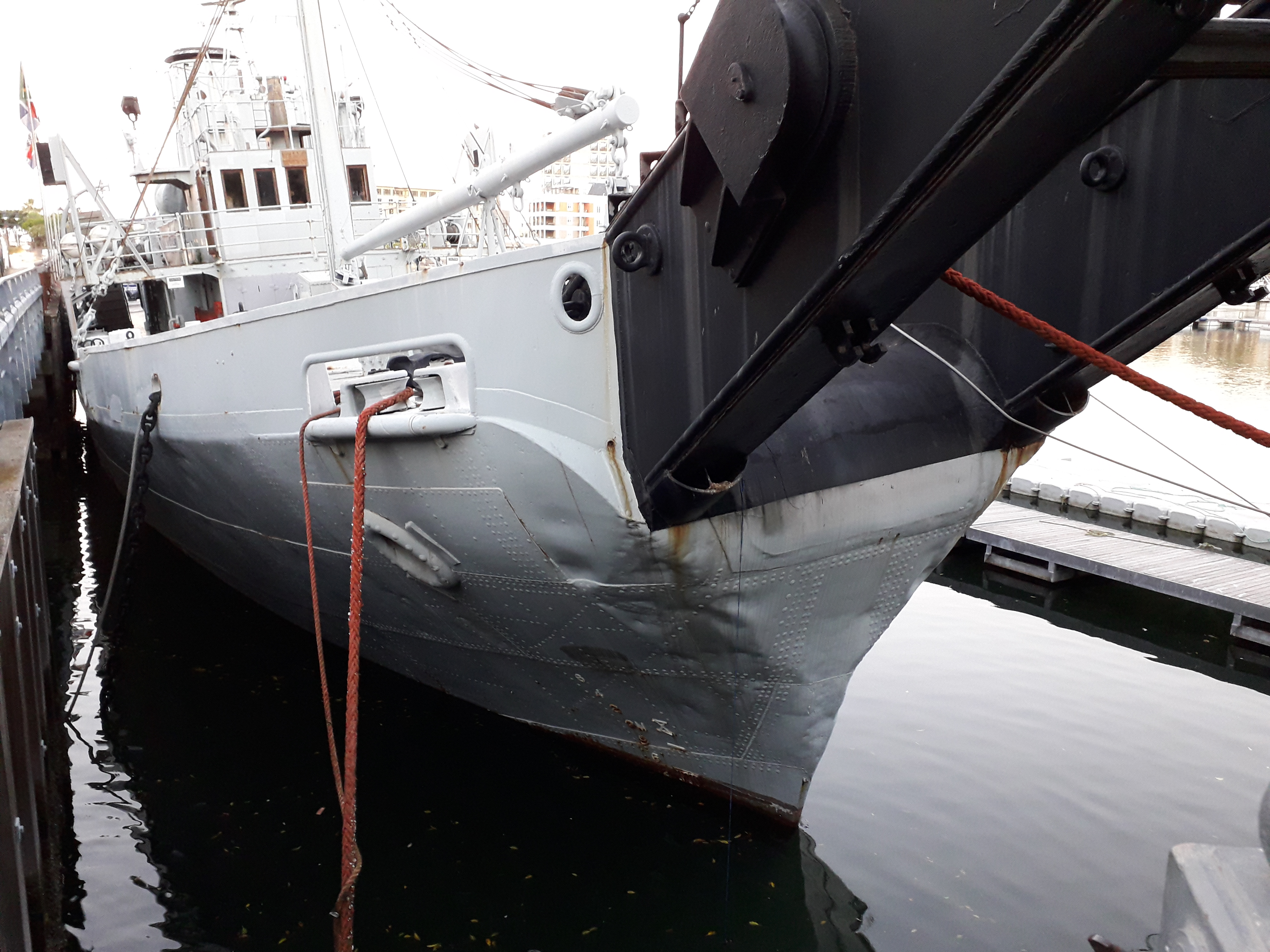 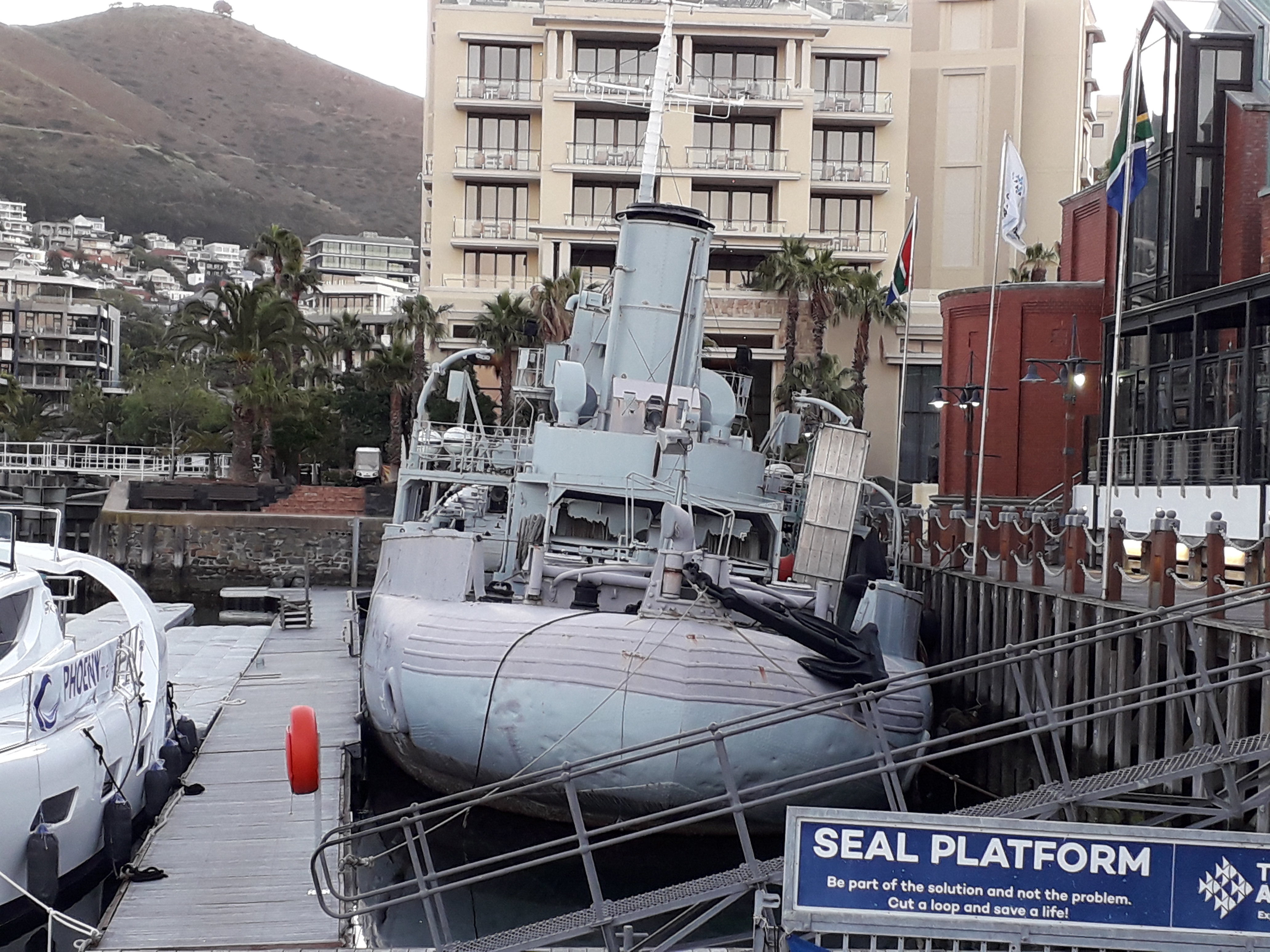 THE FUTURE OF SAS SOMERSET.
The SA Naval Museum has an important part to play to ensure the preservation of our naval heritage in South Africa. This is the content of a recent memo that was sent to IZIKO MUSEUMS OF SOUTH AFRICA and the HERITAGE RESOURCES AGENCY OF SOUTH AFRICA (SAHRA):

“The SA Naval Museum recently provided ships drawing to Mr Richard Penn of Cape Diving, who has been contracted by Iziko to clean out the SAS SOMERSET of any hazardous material, in preparation for her disposal / scrapping.

As you will be well aware the South African Navy donated the SAS SOMERSET (built in 1941) to the then SA Cultural History Museum in September 1988 as a permanent display at the V&A Waterfront.
The historical significance of this seventy-seven year (77) old vessel is well known, dating from the Second World War, she is one of only four (4) museum ships currently afloat in South Africa. The other being the ex Navy minesweeper SAS DURBAN (Port Natal Maritime Museum), the tug JR MORE (Port Natal Maritime Museum) and the CS CABLE RESTORER (Simon’s Town Museum). The submarine SAS ASSEGAAI (SA Naval Museum), which was afloat and open to the public has been moved ashore, pending repositioning, with a plan to reopen her to the public in future.
Considering our maritime history and legacy, compared to other countries, this is in fact a meagre effort. As it turns out now, only two of the four vessels are currently open to the public, with both CABLE RESTORER and SOMERSET’s future in serious jeopardy!
Port Natal Maritime Museum’s effort is commendable and proves that, where there is a will, there is way. PNMM’s utilisation of (in many cases ex SA Navy) volunteers to assist with the restoration, maintenance and tours are one of the reasons why their ships are still “afloat”. The same can be said of the SAS ASSEGAAI submarine that proved; in the four years that it was open to the public; that such an operation can “at least break even” and given more aggressive marketing “even become marginally profitable”. Again, the availability of dedicated and passionate volunteers (in many cases ex-Navy) proved decisive. This against the reality that the functions of heritage and museums are not the South African Navy’s core business by any means!

It is therefore incomprehensible that the most senior national museum in South Africa, the flagship of museums, Iziko Museums of South Africa, has not been able to maintain the SAS SOMERSET, to keep her open to visitors and the public of South Africa. Excellently placed alongside the most visited tourist destination in Cape Town, the V&A Waterfront, the amount of potential visitors or “feet through the door” should at least ensure “breaking even”. In his article “Keeping Floating Museums Afloat”, Thomas Cutler argues that LOCATION is one of the decisive factors for success. See https://www.usni.org/…/2011…/keeping-floating-museums-afloat
Maintenance is incredibly expensive, but well planned programmes with staggered maintenance schedules would have lessened the big impact of long neglect. The impression is that SOMERSET was just left to rot for many years, without regular maintenance.

I therefore write to you, in both my capacity as Chairperson of the SA Museums Association (Western Cape region) and Curator of the SA Naval Museum, whose parent organisation, the SA Navy, donated the SAS SOMERSET to the SA Cultural History Museum / Iziko Museums of South Africa, in good faith, this month, thirty (30) years ago.
It will be appreciated if the future of SAS SOMERSET and expediencies that have played out in the past can be made known.
As you will be well aware, the National Heritage Resources Act (Act 25 of 1999) provides protection of the following objects (amongst others) as cultural heritage resources:
– Military objects, structures and sites older than 75 years
– Historical objects, structures and sites older than 60 years

The South African Naval Museum; as we have done in the past, assisting Port Natal Maritime Museum with advice and assistance to ensure the future of SAS DURBAN; remains passionate about the preservation of our naval and maritime heritage.
We look forward to your positive reply.”

At the time of writing (February 2019) Iziko Museum had already obtained Ministerial authority for the scrapping of the vessel.  See https://sahris.sahra.org.za/cases/sas-somerset-application-sec-93-comment