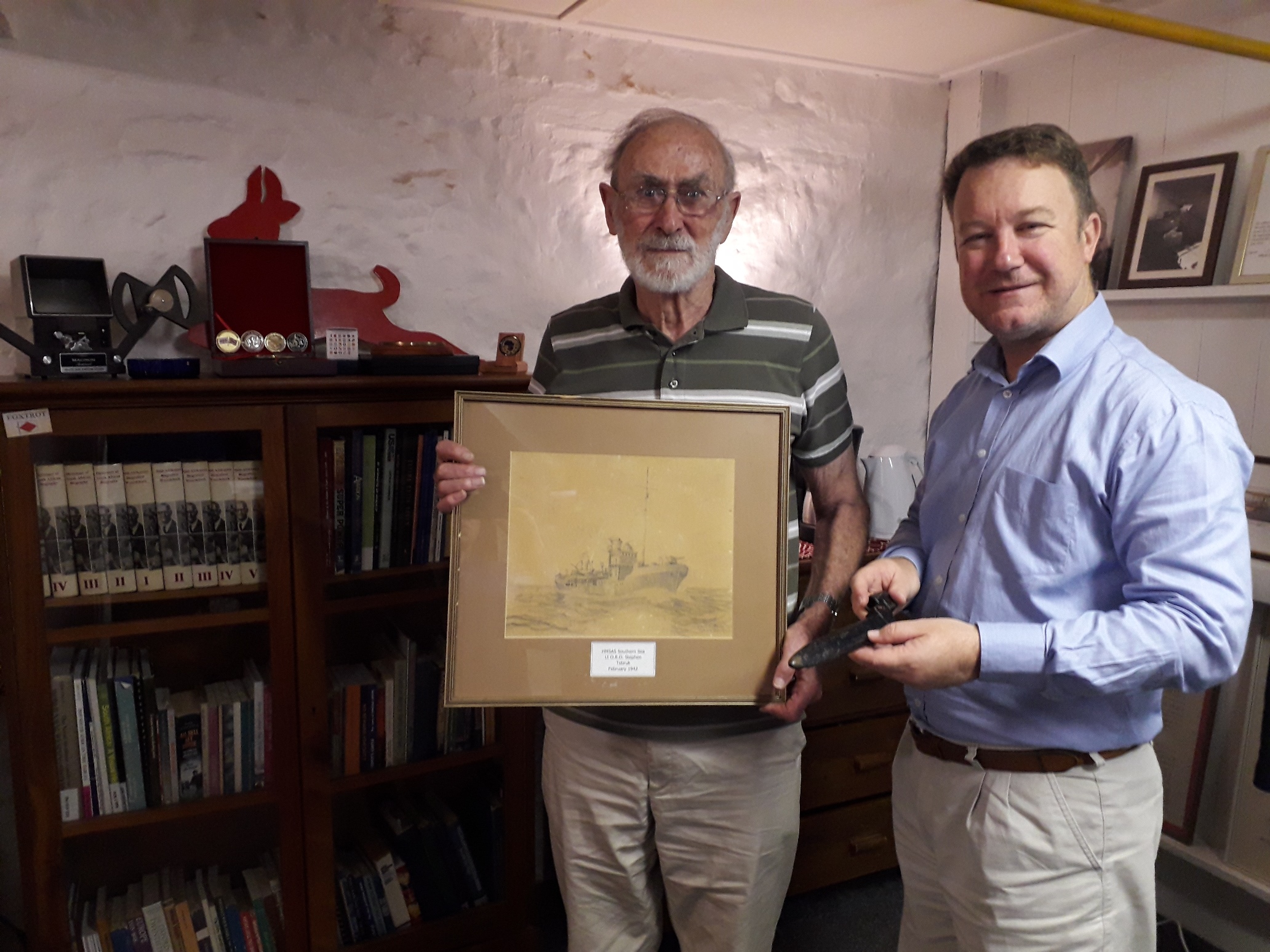 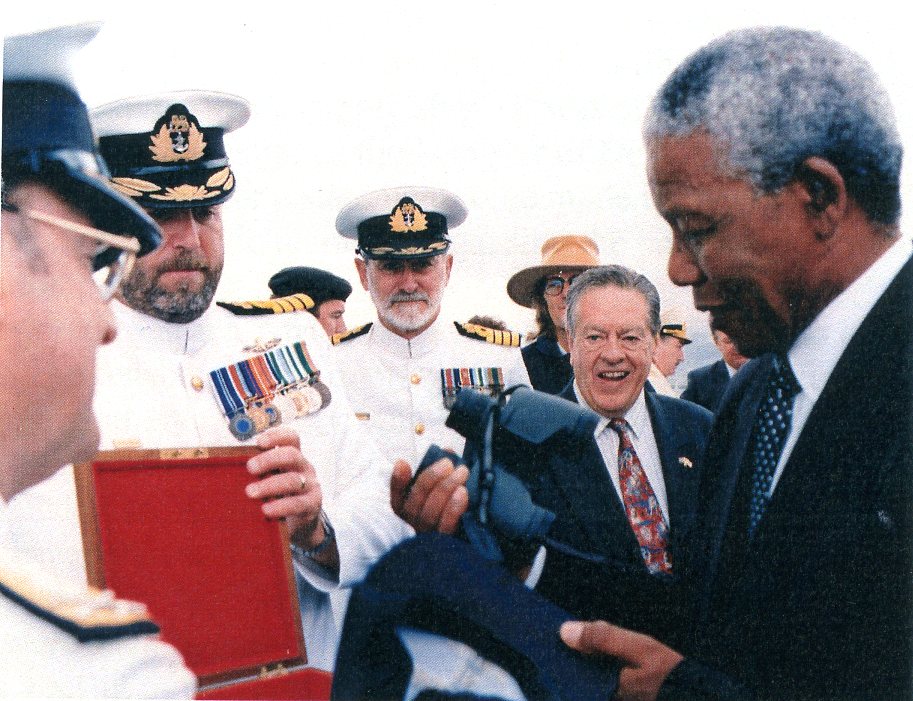 Captain Richard Stephen (Ret) visited the South African Naval Museum today. He was “clearing house” in Pretoria and decided to donate a number of historical items to the museum. Until his retirement in 1997, Captain Stephen was a long-serving Navy Public Relations Officer at Navy HQ and instrumental in many important events, including Navy 75. (The attached photo shows the presentation of binoculars to President Mandela on board SAS Protea during Navy 75). The Navy Museum, then under the command of Commander Mac Bisset reported to his office and much of the early development of the museum can be attributed to Captain Richard Stephen.