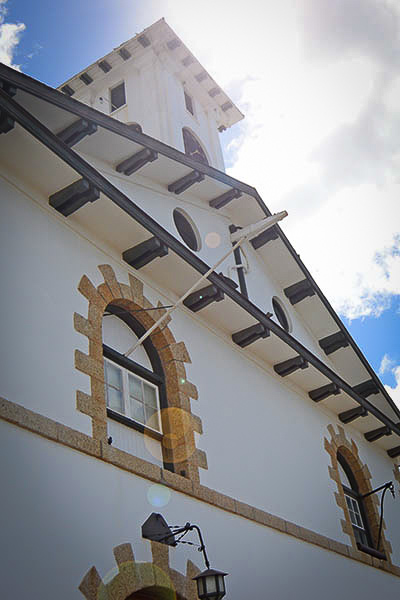 The Mast House and Sail Loft, where the SA Naval Museum is located, were built by Sir Jahleel Brenton in 1815, soon after Simon’s Town became the Naval Base of the British Fleet. The length of the masts to be stored determined the building’s dimensions of 36,5 x 7,3 meters. The Clock Tower (the clock is still functioning) was later added and the Sail Loft was partitioned to accommodate the St George’s Dockyard Church.

Martello towers are small defensive forts that were built across the British Empire during the 19th century, from the time of the French Revolutionary Wars onwards. The British built three Martello towers in South Africa, one at Simon's Town Naval base near Cape Town, one at Cape Town, and the third at Fort Beaufort. The tower at Simon’s Town and Cape Town were both built in 1795. The tower at Cape Town was demolished over 100 years ago, but the tower at Simon's Town now is sometimes claimed as the oldest Martello in the world. The tower is situated inside the security perimeter of the East Yard of Naval Base Simon’s Town and closed to the public, but escorted tours of the tower can be arranged through the Naval Museum. Contact us for a tour of the Martello Tower. 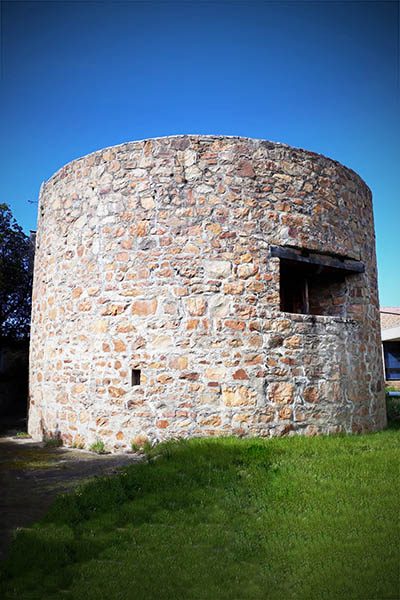 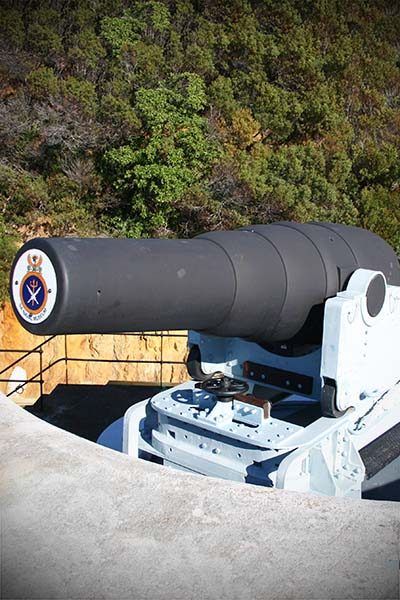 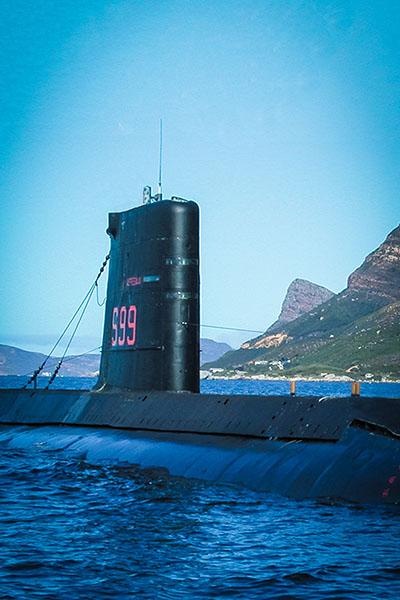 In November 2003 the South African Navy decommissioned the last of its three DAPHNE Class submarines, the SAS ASSEGAAI (formerly the SAS JOHANNA VAN DER MERWE), in preparation for the introduction of the new Type 209 Submarines. A submission was made to the Chief of the Navy and the Naval Board to preserve the SAS ASSEGAAI as an exhibit of the SA Naval Museum in Simon’s Town.
Approval was duly given and during December 2010 the submarine (still in the water) was opened to the public on a trial basis. Africa’s first submarine museum was officially opened in Simon’s Town on 1 March 2011 by Chief of the Navy, Vice Admiral Mudimu. The project managing team consists almost entirely of retired Naval personnel and volunteers who provided guided tours through the submarine on a daily basis. The main purpose of the project is to preserve the submarine as a museum of technology and to promote technology and science among the youth. The official opening marked the first step towards the Assegaai’s eventual placement ashore. The submarine was taken out of the water for maintenance (currently on the syncro-lift) and plans are afoot to relocate the SAS ASSEGAAI ashore and to reopen to the public in future. Currently closed to the public.